DEANA CARTER TO HEADLINE THE HISTORIC RYMAN AUDITORIUM
ON NOVEMBER 18 TO CELEBRATE THE 25TH ANNIVERSARY OF HER 5X PLATINUM DEBUT ALBUM DID I SHAVE MY LEGS FOR THIS?

Tickets on Sale on NOW HERE

NASHVILLE, Tenn. (October 5, 2021) CMA award-winner Deana Carter will celebrate the 25th Anniversary of her 5X Platinum debut album Did I Shave My Legs for This? in her hometown of Nashville on November 18, 2021 at the historic Ryman Auditorium, with special guests Charles Esten and Breland, as well as surprise appearances from other artists. Tickets are available NOW.

“It is such an honor and a career highlight to finally headline The Ryman, our sacred Mother Church, especially being a Nashville native and growing up in the industry, knowing that my dad, Fred Carter, Jr., performed on that stage with so many greats,” Carter says. “And all falling within the 25th anniversary re-release of my very first album Did I Shave My Legs For This? on UMG Nashville. It is a ‘pinch-me’ moment now,” she adds, “and it will be on that super special night with Charles Esten and Breland and some surprise guests too.”
Country newcomer Breland recently covered the first-love love song “Strawberry Wine” as part of Spotify’s 90s Country campaign and will be opening for Carter at the Ryman show. “’Strawberry Wine’ was just one of those songs that transcended time,” Breland said of the ballad. 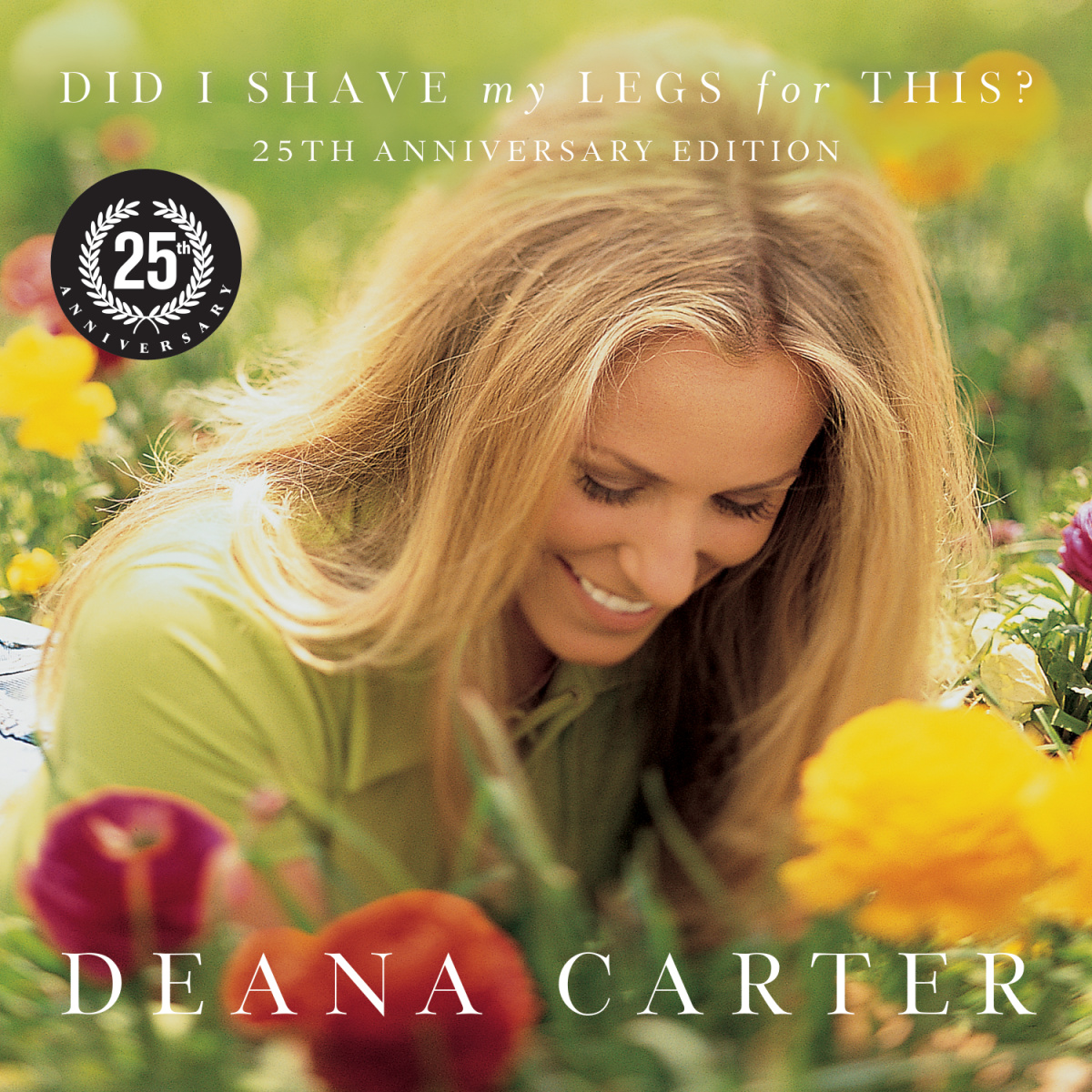 The 25th anniversary editions of the album have been remastered from the original recordings and will be released on CD with two bonus tracks, as well as a Digital Deluxe with an additional ten songs, seven of which will be available digitally for the first time. Pre-order/Pre-save HERE

“I am beyond blown away to see the generational connection between my first single, ‘Strawberry Wine’ and all the fans, young and seasoned,” Carter shares. “Being a part of a song that has become an anthem for the ‘90s and beyond is such a blessing, and more than I could’ve ever dreamed of. The fans have been the catalyst for the success of ‘Strawberry Wine’ and the whole Shave album because of their connection to the truth and realness behind the songs.”

Did I Shave My Legs for This?
25th ANNIVERSARY EDITION CD + DIGITAL DELUXE