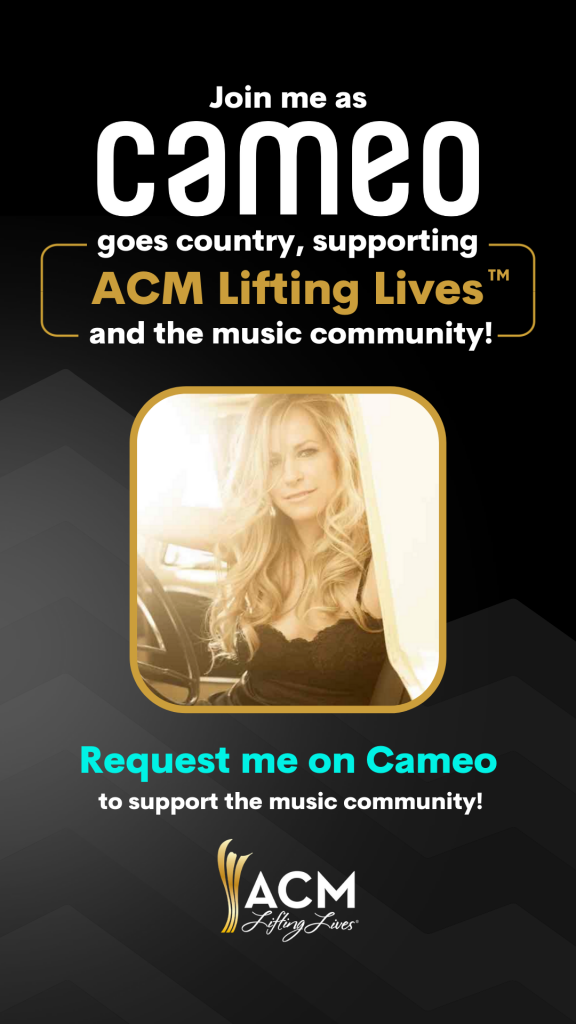 Cameo, the marketplace leader for personalized videos and fan interactions, is proud to announce a partnership with ACM Lifting Lives, the philanthropic arm of the Academy of Country Music, for the “Cameo Goes Country” campaign to benefit the ACM Lifting Lives Covid-19 Response Fund, and music therapy programs for health related issues, both mental and physical.  Created in April 2020, the Covid-19 Response Fund has distributed over $3.5 million to assist individuals working in the Country music industry who have suffered financial crisis as a result of the pandemic.

The “Cameo Goes Country” campaign goes live today, Wednesday, June 2nd through Wednesday, June 30th and fans can view participating talent, book personalized messages, and purchase virtual meet-and-greet tickets in support of the initiative by visiting: www.cameo.com/tags/acm-lifting-lives. More than 25 of Country music’s biggest names are kicking-off the event with a variety of exclusive, first-come, first-served, and limited-time offers, and all artists are donating 100% of their proceeds to this worthy cause.

The campaign will continue adding exclusive offers from new artists, country music celebrities and supporters throughout the month of June to help raise more funds for ACM Lifting Lives, dedicated to improving lives through the power of music. Fans are encouraged to check the site daily for updates.

About ACM Lifting Lives®
ACM Lifting Lives® is the philanthropic arm of the Academy of Country Music dedicated to improving lives through the power of music. Through partnerships with artists and strong ties in the music industry, ACM Lifting Lives® funds music health programs while also serving members of the music community who face unexpected hardships through its Diane Holcomb Emergency Relief Fund. With generous donations and the support of artists and fans, ACM Lifting Lives® has funded national music therapy programs serving various mental and physical health organizations. Some of the recipients have included patients at children’s hospitals and other healthcare facilities, recovering veterans, people with Williams syndrome and individuals suffering with mental illness. For more information, please visit www.ACMLiftingLives.org.


About Cameo
Cameo is the leading marketplace connecting fans directly with tens of thousands of pop culture personalities in the form of customized video messages, live video calls and direct messages. Founded in March 2017 by Steven Galanis, Devon Townsend, and Martin Blencowe, Cameo’s mission is to create the most personalized and authentic fan connections on earth.

In just over four years, Cameo has fulfilled more than 2 million magical moments ranging from birthday and good luck messages to prom invitations, marriage proposals and direct fan interactions. In 2020 alone, the company fulfilled more Cameos than throughout its 4-year history, with Cameos delivered on every continent in the world and it raised over $1 million for worthy nonprofits and causes through its Cameo Cares program.